Following Algol, Scheme is a statically scoped programming language. Each use of a variable is associated with a lexically apparent binding of that variable.

Scheme has latent as opposed to manifest types. Types are associated with objects (also called values) rather than with variables. (Some authors refer to languages with latent types as untyped, weakly typed or dynamically typed languages.)

Other languages with latent types are Python, Ruby, Smalltalk, and other dialects of Lisp.

Scheme was one of the first languages to support procedures as objects in their own right. Procedures can be created dynamically, stored in data structures, returned as results of procedures, and so on. Other languages with these properties include Common Lisp, Haskell, ML, Ruby, and Smalltalk.

One distinguishing feature of Scheme is that continuations - which in most other languages only operate behind the scenes - also have “first-class” status. First-class continuations are useful for implementing a wide variety of advanced control constructs, including non-local exits, backtracking, and coroutines.

In Scheme, the argument expressions of a procedure call are evaluated before the procedure gains control, whether the procedure needs the result of the evaluation or not.

C, C#, Common Lisp, Python, Ruby, and Smalltalk are other languages that always evaluate argument expressions before invoking a procedure.

This is distinct from the lazy-evaluation semantics of Haskell, or the call-by-name semantics of Algol 60, where an argument expression is not evaluated unless its value is needed by the procedure. 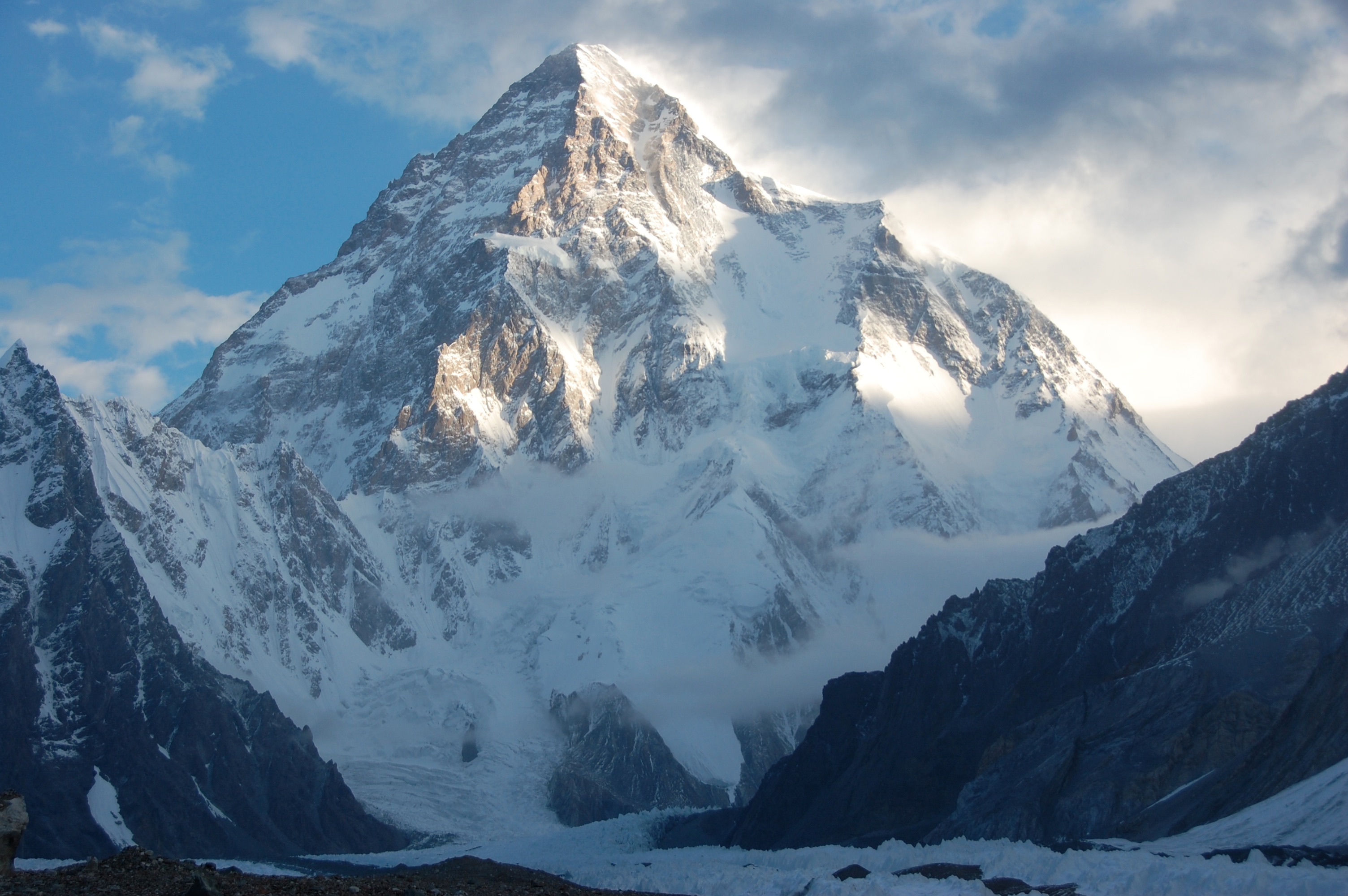 All the code snippets of this page are live and interactive powered by the klipse plugin:

This tutorial is an interactive adaptation of the Overview of Scheme written by r6rs.org.

The evaluation of scheme code in the browser is powered by biwascheme.

Scheme programs manipulate objects, which are also referred to as values. Scheme objects are organized into sets of values called types. This section gives an overview of the fundamentally important types of the Scheme language. More types are described in later chapters.

Scheme characters mostly correspond to textual characters. More precisely, they are isomorphic to the scalar values of the Unicode standard.

A symbol is an object representing a string, the symbol’s name. Unlike strings, two symbols whose names are spelled the same way are never distinguishable. Symbols are useful for many applications; for instance, they may be used the way enumerated values are used in other languages.

A pair is a data structure with two components. The most common use of pairs is to represent (singly linked) lists, where the first component (the car) represents the first element of the list, and the second component (the cdr) the rest of the list. Scheme also has a distinguished empty list, which is the last cdr in a chain of pairs that form a list.

Vectors, like lists, are linear data structures representing finite sequences of arbitrary objects. Whereas the elements of a list are accessed sequentially through the chain of pairs representing it, the elements of a vector are addressed by integer indices. Thus, vectors are more appropriate than lists for random access to elements.

Compound expressions can be nested: the following expression reads as “the sum of 14 and the product of 23 and 42”.

As these examples indicate, compound expressions in Scheme are always written using the same prefix notation. As a consequence, the parentheses are needed to indicate structure. Consequently, “superfluous” parentheses, which are often permissible in mathematical notation and also in many programming languages, are not allowed in Scheme.

As in many other languages, whitespace (including line endings) is not significant when it separates subexpressions of an expression, and can be used to indicate structure.

It is possible to deal a bit with the infinity in Scheme. Here is how we represent the infinity:

Every number is less than infinity:

And when we add a number to infinity, nothing happens:

Scheme allows identifiers to stand for locations containing values. These identifiers are called variables. In many cases, specifically when the location’s value is never modified after its creation, it is useful to think of the variable as standing for the value directly.

The variables bound by a let expression are local, because their bindings are visible only in the let’s body. Scheme also allows creating top-level bindings for identifiers as follows:

The first two parenthesized structures are definitions; they create top-level bindings, binding x to 23 and y to 42. Definitions are not expressions, and cannot appear in all places where an expression can occur. Moreover, a definition has no value.

Bindings follow the lexical structure of the program: When several bindings with the same name exist, a variable refers to the binding that is closest to it, starting with its occurrence in the program and going from inside to outside, and referring to a top-level binding if no local binding can be found along the way:

While the first line contains a definition, and the second an expression, this distinction depends on the bindings for define and *. At the purely syntactical level, both are forms, and form is the general name for a syntactic part of a Scheme program. In particular, 23 is a subform of the form (define x 23).

Definitions can also be used to define procedures:

As procedures are objects, they can be passed to other procedures:

In this example, the body of g is evaluated with p bound to f and x bound to 23, which is equivalent to (f 23), which evaluates to 65.

In fact, many predefined operations of Scheme are provided not by syntax, but by variables whose values are procedures. The + operation, for example, which receives special syntactic treatment in many other languages, is just a regular identifier in Scheme, bound to a procedure that adds number objects. The same holds for * and many others:

Procedure definitions are not the only way to create procedures. A lambda expression creates a new procedure as an object, with no need to specify a name:

The entire expression in this example is a procedure call: (lambda (x) (+ x 42)), evaluates to a procedure that takes a single number object and adds 42 to it.

Scheme variables bound by definitions or let or lambda expressions are not actually bound directly to the objects specified in the respective bindings, but to locations containing these objects. The contents of these locations can subsequently be modified destructively via assignment:

In Scheme, it is possible for a program to create its own derived forms by binding syntactic keywords to macros:

The define-syntax construct specifies that a parenthesized structure matching the pattern (def f (p ...) body), where f, p, and body are pattern variables, is translated to (define (f p ...) body). Thus, the def form appearing in the example gets translated to:

The ability to create new syntactic keywords makes Scheme extremely flexible and expressive, allowing many of the features built into other languages to be derived forms in Scheme.

A subset of the Scheme objects is called datum values. These include booleans, number objects, characters, symbols, and strings as well as lists and vectors whose elements are data.

The ' shown in the previous examples is not needed for representations of number objects or booleans.

The syntactic datum foo represents a symbol with name “foo”, and 'foo is a literal expression with that symbol as its value.

This facilitates writing programs that operate on Scheme source code, in particular interpreters and program transformers.

Whenever a Scheme expression is evaluated there is a continuation wanting the result of the expression. The continuation represents an entire (default) future for the computation.

For example, informally the continuation of 3 in the expression (+ 1 3) adds 1 to it.

Normally these ubiquitous continuations are hidden behind the scenes and programmers do not think much about them. On rare occasions, however, a programmer may need to deal with continuations explicitly.

An escape procedure has unlimited extent: It can be called after the continuation it captured has been invoked, and it can be called multiple times. This makes call-with-current-continuation significantly more powerful than typical non-local control constructs such as exceptions in other languages.

If you like it, go ahead an provide in the comments some examples of cool code in Scheme. For instance, I’m really curious to see a real-life application of the call-with-current-continuation…