In clojure, records, types and protocols are parts of the fundamental building blocks of the language. We have talked about defrecord here: records are wacky maps and we have unveiled deprotocol secret there: defprotocol’s secret.

Now, we are going to talk about deftype - inspired again by this great talk by Michał Marczyk: defrecord/deftype in Clojure and ClojureScript.

In clojure the persistent data structures are implemented in java.

Here is an excerpt from core.cljs:

Like defrecord, deftype also fits into the definition of a record:

In computer science, a record (also called struct or compound data) is a basic data structure. A record is a collection of fields, possibly of different data types, typically in fixed number and sequence. Wikipedia

deftype is much simpler to defrecord: just constructors and getBasis; even value-based equality is not provided (see the “Types have no identity” paragraph below).

There are 2 ways to create a type: a constructor and a positional factory function: (A.) and (->A).

You can retrieve the basis keys of the type with getBasis that returns a vector of basis keys as symbols.

Types are plain java or javascript objects (it’s called a host type). Unlike defrecord, deftype adds almost nothing to the plain object. See the “Behind the scenes” paragraph below.

Let’s see it in action:

Read again the title of this paragraph.

No, you are not dreaming: clojure types are indeed mutable.

See it by yourself if you don’t believe it:

deftype is the only clojure code generation facility that gives you access to actual mutable fields of the host. And it’s fantastic. It’s like a SW development version of woodworking hand tools. It’s an apt analogy both on the power front and on the danger front. 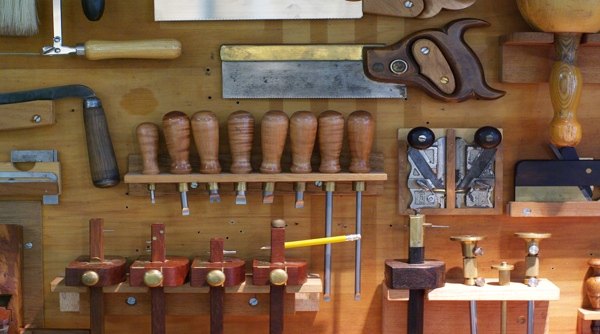 Types have no identity

Like we wrote above, value-based identity is not provided by deftype. It means that that (A. 1) and (A. 1) are not equal.

But it’s simple to add value and type based identity to deftype (like it is provided by defrecord).

It’s type based so A and AWithIdentity instances are never equal:

If you are curious to see how the magic occurs in clojurescript, you will find it very interesting to observe and meditate around the transpiled javascript code of deftype: